How Much Does A Doomsday Preppers Bunker Cost? 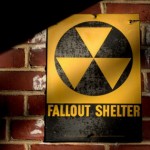 I never thought I would write a blog post like this, however, the recent chatter all over the media and internet really piqued my curiosity. What am I talking about? The Mayan apocalypse, of course! No, I certainly never believed the rumors of an impending doomsday, but what I am curious about are “doomsday preppers” or people who prepare for catastrophic events by buying equipment, food and bunkers. I want to know all about the real estate aspects of living in a bunker, like the costs and square footage.

The market is still small but growing according to manufacturers. The media has certainly helped fuel anxieties and fears with frightening news reports and reality TV shows like Doomsday Preppers. People have started to invest a lot of money into unconventional shelter structures like bunkers. But, how much can that actually cost?

A minimal bunker can cost upward of $38,000, depending on how hooked-up the safe house is. A reinforced concrete bunker averages around 2,500-square-feet. One that includes kitchen gear and other amenities can cost about $60,000.

In order to receive a bunker, shipping costs a pretty penny too. It could go for about $10,000. Then, there excavation and installation, becausebunkers are buried at least 6-feet underground. This could be around $20,000 to $25,000 extra.

Other options exist too, like abandoned missile silos. An example of a missile silo property costs $2.8 million for a 210-acre Titan 1 missile site outside of Denver, Colorado.

Other doomsday condos situated in abandoned missile silos in Kansas offer some luxury options. They come with a pool, movie theater and an indoor farm. The cost? About $7 million.

So, there it is. A doomsday shelter and prepper life do not come cheap. But, is it a good investment? The market is young and built on fear, which is a dangerous premise to build an industry on. Thus, it’s hard to say how these shelters will appraise in the future, especially since the Mayan apocalypse came and went without a thud. The right buyer would certainly have to be interested, and if the market continues to grow, there may be plenty that are interested.


Categorised in: Reasons To Get An Appraisal